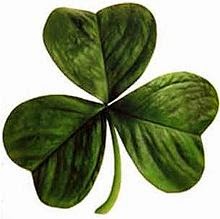 From 1830 to 1914, almost 5 million Irish emigrants left Ireland bound for America. The United States offered opportunity; it was a fresh start for many based on their personal ability to succeed and not tied to land holdings, hereditary title, or custom. America offered one of the best environments for success; indeed prior to 1914 there existed no income tax and land itself was often given away via homesteading grants.

Triggered by the Great Famine of Ireland, the mass emigration, termed the Irish diaspora, landed many new entrepreneurs in our county. America was so good in fact, that Irish emigration actually increased following the end of the famine.  As word trickled back across the Atlantic of the opportunities so abundant in America, those willing to make a go of it for themselves found the land was indeed fertile for planting their future.

Almost exactly 100 years later, however, the tide has turned; American companies want out of the United States and are even willing to pay significant premiums to buy rival companies based in Ireland to accomplish this goal. What has triggered this corporate diaspora? In a word, opportunity.

The business tax environment in Ireland is significantly more favorable than in the United States, and luring foreign companies to headquarter in Ireland has proven to be bountiful to the country in many ways; from securing the added revenue of the companies themselves to adding additional, traditionally higher-paid, jobs immediately to the local economy. The secondary and tertiary effects cannot be ignored either; commercial real estate prices have increased, additional local service industries are needed, and probably most importantly, other corporations are silently recruited to the environment which serves their needs best. A virtuous cycle takes deep root in fertile ground; coupled with a benign corporate tax environment and skilled employees, it is tough for companies to forgo this opportunity. Ireland beckons like America once did for many corporations.

As investors keen to turn a profit and steadily increase holdings, dividend streams, and acreage in our own financial farms, it behoves the prudent investor wishing to Invest Like A Farmer to take heed of what is happening in this corporate diaspora.

Just as water seeks it own level, businesses, and people, will ultimately vote with their feet. Corporations are without a doubt voting with their feet, moving completely offshore. Realistically, however, rather than moving offshore small business owners and professional employees have a single choice; they can work in pro-business environments (States) or not. They will either further polarize into business friendly parts of the country and/or minimize taxable income or not. I'm betting they will.

As indicated in this morning's WSJ article "The Asset-Rich, Income-Poor Economy," neither scenario benefits the country as a whole going forward. The insatiable hunger for tax dollars needs to be addressed as well as the extreme hoarding of Midas-sized fortunes; the solution resides somewhere in the middle, and until these scenarios are met head-on, expect more corporate and individual diaspora. 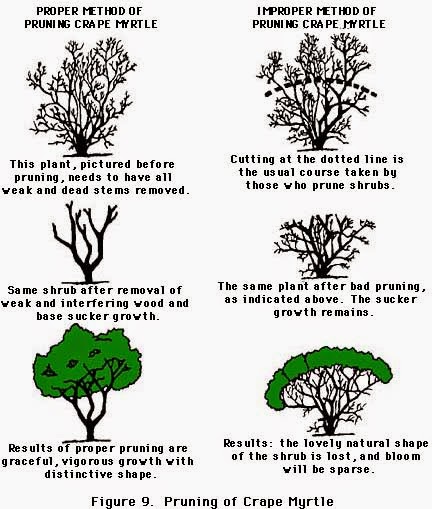 With the Dow Jones Industrial Average (DJIA, "the market," "Wall Street") hovering at just under 17,000 it is probably a good time to do some portfolio pruning.

For those investors who chose to Invest Like A Farmer, this year has proven to be particularly fruitful. It comes on the heels of last year's 32% run in the S&P 500 and puts this Bull Market easily in the Top 5 and perhaps even the Top 3, depending on when you benchmark the start, of all-time Bull Markets.

Why am I suggesting taking a pair of pruning shears to your portfolio now then? Simply put, growth rarely continues on a linear path indefinitely. After a long and sustained period of growth, it makes sense to trim some positions in a portfolio either by directly selling said positions or alternatively writing (selling) options on those securities to at least establish a partial hedge.

You want your "money tree" to look like the example in the lower left corner of the above chart. To help accomplish this, for equity positions with significant gains, I prefer the options-writing strategy. For losers in the portfolio, I prefer the outright sale approach. It is common to use both techniques in a portfolio; pruning the losses with direct sales and hedging the winners with an options strategy.

Pruning by its very nature is a selective process that helps identify weaknesses in a tree, shrub, and yes, even your equity portfolio! Often several positions have gained appreciably and therefore they now comprise a significant portion of your holdings. Alternatively, some positions may have completely disappointed you and now are underwater. Both cases offer the opportunity to reduce further exposure by either hedging the position or selling it outright.

As financial farmers who espouse the theory of Investing Like A Farmer, the slow summer months with volumes at one half or even one third their traditional "working months," are prime time for evaluating your holdings and pruning as necessary. A well-pruned portfolio is like a well-pruned bonsai tree; a beautiful living piece of work that can last for many generations.