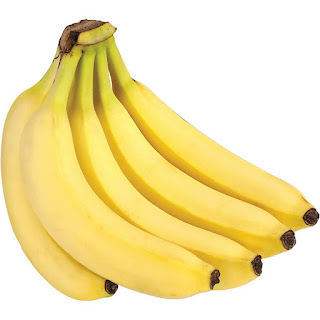 The United States officially became a banana republic (and I don't mean the cargo-pant slinging clothier) on Monday August 8th, 2022. Couple the Trump Raid with the looming passage of the "Inflation Reduction Act" adding 87,000 armed "tax police" and we are there dear readers. As my good friend Jackie Chiles would say "Outrageous, Egregious, Preposterous!"
Under the auspices of non-compliance with an achieves act violation (what is that anyway?) the FBI raided former President Donald Trump's Mar-a-lago home Monday August 8th, 2022 in the most brazen political hit job this country has ever witnessed. On the heels of this raid, Democrats have voted 51-50 to send arguably the most freedom destroying legislation to the House. The impact of creating an armed partisan tax police with 87,000 new recruits boggles the mind. This country is in trouble.
When justice is no longer blind to political affiliation or religious beliefs or the Bill of Rights truly storm clouds brew. Such is the case now as the country will undoubtedly become more polarized along political lines as the Constitution becomes a notion rather than an ideal.
What is a financial farmer to do? Oddly, the market continues to rally into the better-than-expected horrible inflation number (8.5% vs. 9.1% previously) so a crest in inflation may sling-shot us out of a Bear Market. But to a larger extent, the market is always forward-looking. How far forward is a matter of debate, but something along the lines of 6-9 months is a reasonable assumption. And based on inbound data from recent macro events it *appears* that with inflation peaking the Fed may only have to raise another couple points.
"Only have to raise another couple points" is a tricky proposition nonetheless, as mortgage rate increases tied to the 10-year Treasury Note dictate the housing market. Expect purchasing to slow, inventory to rise, mortgage payments to be missed, and a general malaise to hit the housing market. It is hard to believe housing will continue to rally into a near-doubling of rates. The one savior (economically speaking) of this economy is the unemployment rate.
With historically low unemployment and steady to higher wages, the consumer has some semblance of protection from inflation, protection in the sense that they can now get less for more and bear it. And as so courageously said in "Unbroken": "If you can take it, you can make it." So that's where we're at now, trying to shoulder the burdens of inflation without breaking the bank.
Posted by Tom Rapko at 11:45 AM 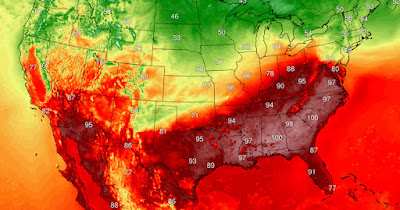 It is said that farmers live and die by the weather, so too with financial farmers. Particular amongst weather events are heat waves. These heat inductions outside nominal weather conditions typically have rapid onsets. We know they're coming, but not necessarily the time or place. So too with Bear Markets. A confluence of events result in both; for farmers a heat wave can lay waste to their crops and livestock; for those of us farming for profits and cash flow, a Bear Market can do the same to our portfolios.
World War Z has one of my favorite lines: "First to know, first to act." It relates to the measures North Korea took to prevent the spread of the Solanum virus. It is application to both farmers and financial farmers is immense. In terms of farmers and ranchers, knowing weather patterns allows them to prepare (somewhat) for conditions on their farms and ranches. Sadly, most are held hostage to the weather they get. There is a limit to the actions that can be taken; increase the watering, provide shade perhaps, and maybe move the herd. The investor, however, has multiple choices when a heat wave is imminent.
As discussed in a previous post, financial farmers have the ability to pursue an Absolute Alpha approach. This strategy harnesses early warnings systems to alert an investor to changing economic conditions. But just like heat waves and meteorology, the time and place of a Bear Market aren't precisely known to economists. Say hello to our old friend Pareto.
Pareto's Principle states that 80% of most results are directly proportional to 20% of the inputs. For our purposes we are keen to know where we are in an economic cycle and the corresponding stock market rotation (Bull/Bear). Why? Unlike farmers and ranchers beholden to heat waves, investors have the opportunity to take drastic, immediate action to protect their portfolios.
Being on the right side of a trade is vital; stay too long on the wrong side of a trade and you risk serious financial pain that may not be recoverable in the short term (or long term.) Also, being on the wrong side of a trade naturally implies you are NOT on the right side of the trade...hence the opportunity cost of a being on the upside. Farmers, ranchers, and investors all know time is a valuable commodity. Maybe the most valuable. And generally speaking, being wrong for extended periods of time is bad for business.
Looking for a Financial Advisor?