When the Fringe Goes Mainstream

When the Fringe Goes Mainstream 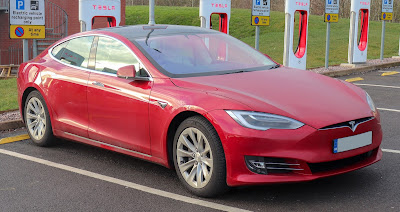 When fringe ideas go mainstream lots of money can be made. Buckets full of money. The resulting services and products from what were once considered fringe ideas have fundamentally changed society when they were embraced by the mainstream.

Consider the societal impacts of Bitcoin, electric vehicles, sports gambling, pot (rebranded cannabis), and even gourmet coffee. All of these products or services originated in previously fringe sectors of society. They were what the mathematical, specifically the statistical community, have labeled outliers. 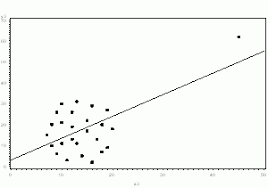 Outliers traditionally have been considered data (or even people) that are significantly outside the average or median set of data. Consider the image directly above. The data clustered in the bottom left would equate with a point or even slope if it was two-dimensional on the graph. Notice the point on the upper right of the chart. In the study of statistics, this is know as the outlier.

An outlier is an extreme value that is either much higher or lower than other data points. Not to get too complicated, but the outlier typically skews the mean and median. Traditionally outliers are discarded from a data set because of this effect. My experience has been to embrace the outlier. As a matter of fact, I suggest investors keep an eye out for outliers.

The case for keeping outliers on your investing radar screen is strong, because as alluded to in the first paragraph mucho dinero can be made getting in on trends early. That is typically when prices are low, because demand is virtually non-existent. In fact, the trend may be so early there may not even be a way to monetize the idea into a product or service yet. That makes investing in a nascent idea tricky. Often investors will pony up benjis for corollary product or service that aren't necessary the real thing.

In any industry created from a fringe idea, the birthing process is difficult and fraught with failure. The commercialization process of converting a fringe idea into a business can be best summed up as loony. It's like the primordial proteins, enzymes, heat, pressure, and time aligning to create a new life form, which of course is what a fringe idea converted into a new product or service most resembles. It is at this point when its product or service is launched and ownership can be had, whether in private equity or via purchasing the asset directly (Bitcoin), or licensing it (McDonald's franchise) that an investor can now gain exposure.

Ideas aren't two dimensional like most data on a chart. They aren't even three dimensional. The bridge between mathematics and ideas is tenuous at best. Ideas embrace at least length, area, volume, and time. The world as we know it has three dimension; length, width, and depth plus one dimension of time. String theory postulates that the universe operates with many more dimensions. Ideas are definitely at least three dimensional, consequently traditional statistics has been a poor utility to identify fringe ideas that will become mainstream. A better litmus test is needed that incorporates both mathematics and humanistics. Arthur Schopenhauer famously said "All truth passes through three stages. First, it is ridiculed. Second, it is violently opposed. Third, it is accepted as being self-evident."

Since I am not as smart as Schopenhauer, I use something called the "Laugh Test." The "Laugh Test" is if I laugh out loud when presented with a fringe idea. I almost immediately put that new idea on my investing radar. The "Laugh Test" for me has proven to be an accurate predictor of potentially ground-breaking products or services, plus it also has produced countless failures. This litmus test, however, is also why I think certain environments are fertile ground to create new products and services, and also why AI will have trouble cloning this distinctly human gut reaction to what is funny, what is love, what is scary, etc. Emotions are a key factor in converting a fringe idea into a mainstream product or service. And once the mainstream embraces a fringe idea, its products and services typically change the course of history.