Automation and the Gig Economy 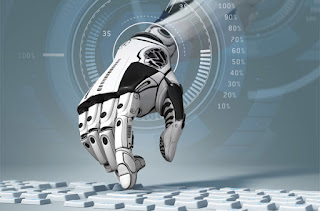 What has been termed the Gig Economy may be the proverbial canary in the coal mine for the estimated 40% of the world's population that works in agriculture. As Marc Andreessen famously wrote in the Wall Street Journal article "Software Is Eating the World," there are tremendous implications for software disruption hitting many traditional industries. Not all of this is good, however, especially if you aren't skilled in software. I believe a massive net negative is going to feed the growing global dystopia of income and wealth inequality.

Historically, technological advances have actually produced more jobs, i.e. the industrial revolution, but recent advances in distributed software have made many jobs borderline sustainable; who really needs (wants) a taxi driver when a car installed with autopilot can get the job done? Others like farming, which are extremely labor dependent, are ripe for full automation. The unemployment implications are particularly disastrous in countries reliant upon agriculture for sustaining the bulk of their GDP.

The automation trend is on the cusp of cannibalizing many traditional jobs. The prosaic answer to this disruption, espoused by the billionaire networked elites, is "education." But how many programmers do we really need? Or better yet, how many programmers can this world support? Even programing has become commoditized as the H-1B visa saga illustrates; why hire a USA programmer when one from overseas can be had at a fraction of the price?

As readers of this blog know, we try to identify mass trends and tack our investment course accordingly. It is hard to believe the powers that be, i.e. Silicon Valley Venture Capitalists, will not pursue increased automation. It is a cheap solution to generating massive wealth without having to really create anything. By shirking existing laws, like occupancy taxes or taxi safety standards, software can leverage huge swarths of existing infrastructure, drive out the middle (wo)man, and siphon the profits upwards.

The transition to a Gig Economy is very telling. Many existing jobs are eliminated and traditional employees are dropped into the Gig Economy like Neo in the Matrix as essentially economic mercenaries looking to fulfill increasingly more challenging positions that are not consumed by automation. Expect this trend to continue and invest accordingly; boring, monopolistic, dividend-paying companies that this blog traditionally espouses once again fit the bill. Software may be eating the world, but the installed base of commodity-dependent consumer staples (of which technology now can be considered a staple too) is winning the alpha race.