The Nation State of California

The Nation State of California 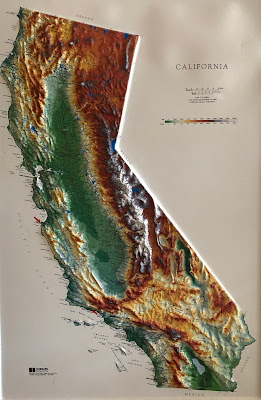 Governor Gavin Newsom accurately referred to California as a Nation State this week in a news conference. What is a Nation State? A bordered geography whose economic and political powers are so great as to make it equivalent to its own sovereign nation. Cue the statistics.

California is the most populous state with over 40,000,000 residents. It is vast; California's 160,000+ square miles make it the 3rd largest state. The California economy? Well with a Gross State Product of over $3 Trillion it is considered the largest NON-national economy in the world. To put that figure in perspective, The Nation State of California's economy is larger than the United Kingdom, France, or even India. But perhaps its greatest (or worst, depending on who you ask) asset is its culture.

That culture has spawned multiple, diverse industries concentrated in several major hubs, while also leveraging abundant natural resources. As a trendsetter, California amplifies both the best and worst extremes. What is rarely mentioned, however, in the formation of this Nation State utopia is the wealth and income inequality.

How California got to be California is in large part due to the discovery of gold in 1849 which literally acted as a magnet drawing people from all over the world; in fact at the time it was easier to travel from China, Australia, or South America than it was from the then-distant East Coast. The hard scrabble life of a 49er helped create the first economic boom which resulted in California's statehood just a year later. It could be argued California never stopped drawing people from all over the world to throw their lot in and make a better life.

By definition a gamble is taking a chance, and with that very few will reach the higher echelons of wealth (power), while many will fail or succeed only enough to subsist. Over time, a generous social net has emerged as well as increasingly numerous regulations; the former provides a minimum level of survival, the later prevents small successes from becoming large successes as regulation is the friend of monopolies. How can a Nation State survive this dichotomy?

It has been said that all wealth derives from the land. Sometimes it is hard to see this when software companies make billions, while farmers are lucky to harvest peanuts. But the Nation State of California as well as the rest of the United States is built, both figuratively and literally, on the land.

A land of rights and opportunities should offer citizens equal access to the possibility of success without favoritism. It will be increasingly difficult to succeed in this Nation State for future generations when opportunity is locked up by either government via regulations or aristocratic wealth; the success of our Nation State depends on incentivizing small businesses, repatriating manufacturing, and investing heavily into intellectual capital. These investments will provide the infrastructure for future success. Invest like a farmer.