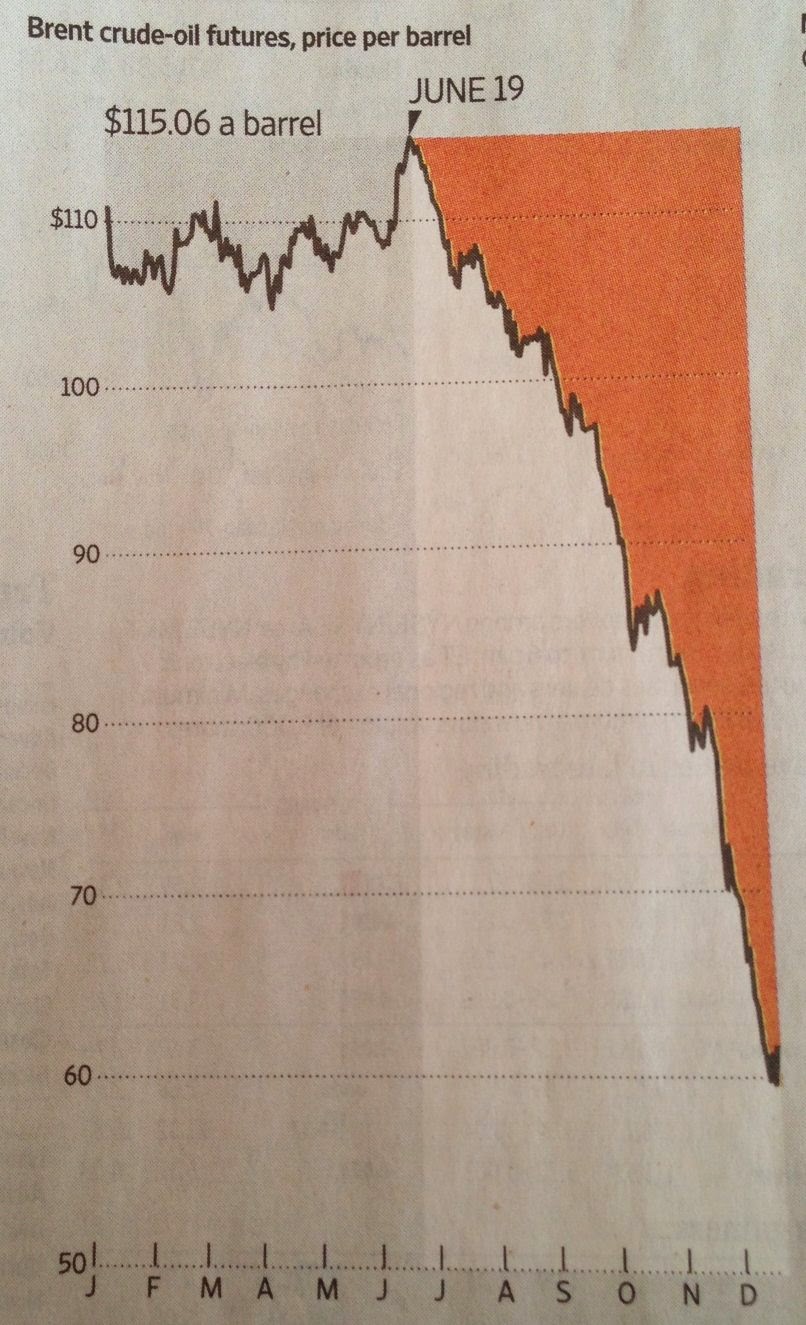 Assuming we don't see a "V" recovery in the price of oil, and I think it is highly unlikely we will because supply to the market is significantly stronger than demand, this should bode EXTREMELY well for consumers, manufacturers, and transportation. A glut is nice is you're a price taker.

No doubt there has been carnage; just take a gander at any number of the North Dakota small to mid-cap plays and those charts are simply horrifying, especially for investors who had been purchasing on the entire way up. The global players though, have suffered glancing blows. Down single to low-teens, the majors stand to benefit if they can leverage M&A deals out of this bust to gobble up domestic fields.

Previous posts on this blog identified the fall in oil as a massive tax cut; that is without question true for the vast majority of Americans who regularly drive anywhere or own small businesses with light manufacturing or are dependent on transportation. From a macro view, the "trickle up" effects should be significant to large manufacturers' direct bottom lines (unlikely consumers will realize a price cut in the aisle, that's for sure!)

Ultimately, the crude bust should have meaningful effects on GDP, consumer sentiment, and socioeconomic advantages inclusive of a better hiring environment. What politics has often failed to do, a crude bust just did.

As a financial farmer there are a multitude of looming advantages; the labor rate, harvest and planting expenses, and seed cost will be all lower. Net positives all around to those who wish to Invest Like A Farmer. This should position 2015 & 2016 into meaningful extensions of the existing bull market. My long-standing call of Dow 20,000 by the end of 2016 may now be too low.