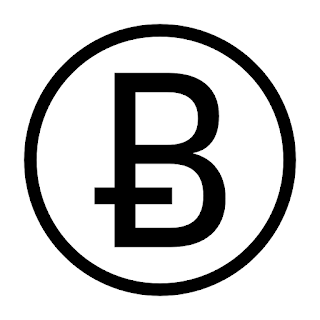 Esteemed readers of this blog aren't just savvy investors, but financial farmers willing to consider hip new innovations. Surprisingly, one of the biggest trends emerging is actually in finance! Financial Technology (Fintech) has increasingly become part of the lexicon as startups around the world attempt to disrupt normally staid banking, insurance, and financial institutions long-renowned for their complete inability to innovate. The Fintech runway ahead is long, especially in the development of new currencies which facilitate rapid, secure cross-border transactions. The banking monopolies are starting to look out of their frosted glass windows.

One of the most promising developments in Fintech is that of a "cryptocurrency," so termed because of the anonymity it provides in terms of transacting secure payments on a massive, instantaneous basis. Through the use of fragmented computer processing power, the most famous cryptocurrency has emerged named BitCoin.  It promises less friction (transaction cost), full global availability (on virtually any smartphone), and the signifiant potential to alter how "money" is stored.

The apt-termed label of "disrupter," for which Fintech has been associated, is uniquely interesting because it bucks convention in that Fintech upends the traditional banking model of "top-down" innovation. Banking centers like like London, Hong Kong, and New York have traditionally been at the helm of leading financial innovation, whether from a product packaging standpoint or the use of computers on exchanges. The rise of the new financial paradigm, however, is completely different; emerging markets are driving the adoption and growth of Fintech.

Fintech offers a parallel example of what occurred in consumer electronics; leap-frogging. Case in point, recently I booked a scuba diving trip to Papua New Guinea which is about as remote as it gets. Upon arrival after several planes, many hours, a bus, and a canoe, I was warmly greeted in the middle of the jungle by the indigenous population. Their first question? What model iPhone did I have? They had completely leap-frogged fixed transmission lines, cabe providers, and even satellite dishes! Papua New Guinea had literally gone from dense mountain jungles, living in extremely rustic and rural conditions, to using the latest version of the iPhone. This had multiple excellent outcomes in my view; they became connected to the outside world instantly, yet also retained and preserved their traditional environment. Fintech offers a similar promise.

The driving force behind Fintech is an underbanked and unbanked population that doesn't have access to a traditional physical branch network. Fintech will thrive for the very same reason ad-blocking software established a foothold and bloomed; consumers are price sensitive no matter where they live. Emerging market data plans typically charge for usage, thus in short order ad-blocking software won by common sense, so too will Fintech. Hence, a powerful force has coalesced; mass user need and mass user price sensitivity.

Given that the majority of the world's population does not have access to traditional finance such as banking, a mortgage, or life insurance, a stable cryptocurrency like BitCoin offers a compelling solution. Couple this with a developed world where hyper-regulation and declining growth has led to massive layoffs, billion-dollar fines, and exposure of incompetent politicians, the rise of Fintech, and especially a cryptocurrency like BitCoin, was bound to occur.

Two additional enablers of the Fintech revolution, in my eyes, are the rise of the Gig Economy, which is the ability for anyone anywhere to work remotely rather than in a corporate designated facility, and excess computing capacity. Andy Warhol would probably say today that: "Everyone in the future will work from home." While 90% of Americans still don't know what the Gig Economy is, it is becoming more and more of a generational shift from a corporate career to a flexible work profession. A dichotomy, with some third hybrid in-between, is arising from the Gig Economy members who are responsible for their own health insurance, retirement savings, and professional education and another cohort of unionized members of traditional employers. I suspect over time the employment picture will fully split into thirds; with one third being in the Gig Economy, another in the remnants of the traditional Corporate Culture, and the final third heavily Unionized. Fintech will play a role in all three.

If the Gig Economy and slack infrastructure are enablers, then ignorance of currency's history has to rank among the greatest challenges to innovation. Since the proverbial dawn of time, commodities in some form or another (sea shells, gold, gems, paper, or plastic) have facilitated the transfer of value in the form of portable money. There is no physical good, unless measured in computing power or keystrokes, that serves as the backdrop for a cryptocurrency like BitCoin.

The major innovations, value proposition, and success of Fintech, especially the use of blockchain technology, can propel the world into a more secure future as prosperity can be generated and harnessed by a greater numbers of people. The challenge, I believe, is backing these advances with true value, which I define as "portable toil." Toil is labor, work, energy, forgone capacity...all these things. (Personally I'm partial to using Element 79, aka gold, as the bedrock.)

The other great challenge for BitCoin, besides having no physical commodity linkage, is that BitCoin is finite. There will be a fixed number of eventual BitCoins. Successful currencies are "leaky." By leaky I mean that they are backed by a commodity, which preferably is difficult to obtain, and does not have a finite supply. Gold is a great example, and nugget size is particularly poignant. A nugget the size of a man's fist was seen frequently during the days of the Gold Rush in the Klondike, now a nugget the size of a peanut is increasingly rare. Extraction now focuses on smaller and smaller granules approaching the size of microscopic gold dust. There is even talk of mining asteroid gold! That's a good thing for a currency; difficult to add supply, but not impossible. It is leaky.

Ultimately, I believe the Fintech winners will unite successful elements of past currencies into a hybrid currency using blockchain technology with commodity-based backing to offer banking, insurance, and mortgages to the underbanked and unbanked while also driving a massive growth surge in the Gig Economy.