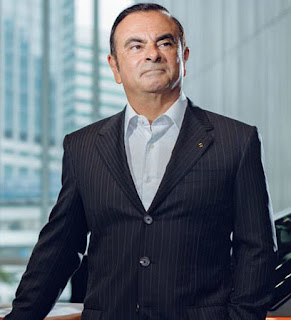 The story of Carlos Ghosn will hopefully become legendary, it already stands in the annals of history as one of the greatest escapes of all time. From a larger context, it shines a searing spotlight on regulatory overreach, denial of basic humans rights, and the failure of at least one nation-state in providing any semblance of a just trial. It is also emblematic of not only the Japanese government, which obviously needs an entire reboot of its judiciary system from the top down, but also of many, many national and state governments around the world.

The root cause of Ghosn's flight from captivity was a total and utter lack of due process. That basic human right, perhaps the most important, didn't happen from day one. Working backwards, it is logical to assume that a judicial system like this is flawed by its very existence, meaning anything so repressive has at its heart a flawed democracy. Japan doesn't hold the monopoly, however, on government failure.

In the United States with increasing frequency year after year additional laws, rules, codes, regulations, guidance, and such are "passed" without a vote from the citizens. Elected officials appoint bureaucrats who then expand the regulatory environment. The cost of this largess is your freedom my friends.

Freedom is eroded on a daily basis, and it often takes a stark example like Carlos Ghosn fleeing injustice to wake the world up to what it would otherwise ignore for the common citizen. The common citizen would have sat in prison for years and under Japan's legal system the prosecution has upwards of a 100% success rate. But there are plenty of agencies, commissions, local authorities here in the USA that aren't much better for a small business or citizen.

A big part of the R.I.S.E. Movement is identifying threats to your portfolio and asset base. Sadly, your own government is a signifiant threat. Don't pay your real estate taxes and see who owns your house. Or your commercial real estate. Or your savings account. Or your brokerage account. There are numerous abuses of power that can result in forfeiture of your assets without you seeking legal recourse...and legal recourse is expensive and takes precious time. A government or regulatory agency has limitless resources from your tax dollars at their disposal.

So how did Carlos Ghosn do it? How did he escape captivity? What can we learn from him? First, he had the means. But, from what I've read his wife probably would have found a way to help him regardless. He had multiple passports and citizenships. He had a vast network of friends. He was/is a successful businessman. This plan seemingly took weeks to implement. The takeaways for the average person faced with a challenging dilemma?

Family fighting for you is vital. Having assets your family or friends can access to pay for your defense is essential. Being in the right helps. Having a network of friends helps. Essentially, Mr. Ghosn did not "dig his well" when he was thirsty...he had a lifetime of building relationships with his family, friends, and government officials. I think this is something we can all aspire to, especially family.

The Ghosn story is troubling for many patriots across the world as it clearly illustrates the abuse of power by government agencies and the lack of accountability. It is just plain scary what happens when unelected officials have the ability to regulate the population without just democratic principles. It should be a warning shot to us all about the danger of complacency; complacency encourages governments to expand their powers and reduce your freedoms.

As Will Rogers once said, "It's a good thing we don't get all the government we pay for." Amen. Let's all make a concerted effort in 2020 to find out what exactly our elected politicians are doing in their respective local, state, and federal positions to eliminate bureaucracy. Our liberty depends on the American voter, not an unelected bureaucracy.
Posted by Tom Rapko at 10:49 PM