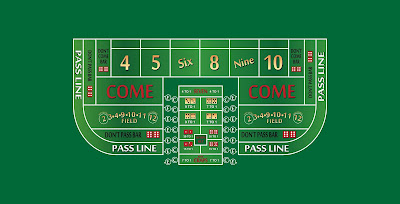 My ears perk up whenever I see or hear about changes in human behavior because experience has taught me whenever human behavior changes, and that change is sustained, a lot of dollars are behind it. There are many ways to make money in this world, and one of my favorites is to bet on human behavior.

Almost always, changes in human behavior are subtle at first, then big and obvious. The German philosopher Arthur Schopenhauer described truth, an accurate corollary to human behavior, as passing through three stages: "All truth passes through three stages. First, it is ridiculed. Second, it is violently opposed. Third, it is accepted as being self-evident. To that end, I want to spot behavioral change early and act on it.

Big tech likes to capture large data across multiple clouds to run predictive analytics. Visualizing data in this context is important because it allows companies to find sustaining trends. Although their resources are virtually limitless, big tech still depends upon someone, doing something, to change some human behavior. It may be just a nudge to an existing behavior, or it could be something truly disruptive, but the litmus test is spotting a trend based on evidence of human behavior change.

Trendspotting changes in human behavior early is valuable because changing human behavior at scale is capital intensive. People don't just line up to pay $5 for a cup of coffee; that behavior was nudged to where it is today. A lot of marketing, brand creation, construction, and products coupled with decades of advertising needed to occur to make that human behavior change happen. Many attempts at behavior modification fail. Hence, usually by the time a change in human behavior is noticeable, the seed has taken root and is growing. These are the seeds big tech is looking for and the ones investors should be cognizant of as well. Lao Tzu said it well, "To see things in the seed, that is genius."

Human behavior is often a leading indicator of where the profits will flow, especially if a company succeeds in turning a commodity into a brand. What do consumers ask for? Carmel-colored cola? Athletic sports shoes? Electric-powered cars? A video conference call? No. Consumers ask for the brands. Branding typically results from repeated nudges from marketing or praise from fellow consumers who have tried the brand. From there, if successful, human behavior grows tap roots and the brand becomes sustainable. Investors can reap significant gains in owning companies with high margin/high volume products and services typified by strong brands. There is, however, a sly danger to this success.

Danger arises when the human behavior changed becomes so successful that the brand reverts back to a commodity. Success breeds copycats. A niche without moats, such as superior technology or intense consumer loyalty, is usually exploited by competitors. Rarely have I seen a consumer ask for a branded gasoline or a branded wireless carrier for example, at some point a highly successful product or service reverts back to commodity status unless it innovates by changing human behavior and renewing the innovation cycle.

We're at that very crossroads today. With multiple crises engulfing our society, a whole new wave of companies are being formed as you read this blog and many will be coming to the market soon, if not hitting the tape already. Human ingenuity is a powerful force, the desire to survive is strong, and unleashing animal spirits creates opportunity. One change in human behavior that has caught my attention is in sports.

The reopening of sports leagues across the country has temporarily satiated the hunger for the proverbial "Bread & Circus" that runs deep in our collective psyche. Competitive physical human sports have been with us from the dawn of time. But along with the reopening of sports something else has occurred, or I should say reemerged, and it is a powerful, instinctive, human behavior.

The way many viewers increasingly enjoy sporting events now is directly tied to wagering on them, legally. Sports betting now has the umbrella support of the 2018 PASPA ruling, which changed everything. PASPA legalized sports betting at the federal level, and states like New Jersey jumped on the bandwagon early. Residents in these early-adopter states didn't waste time either; they've unleashed a proverbial tsunami of bets.

Sports betting has arisen as probably one of the most exciting new economic sectors in recent memory. The initial revenue numbers are staggering. Hungry for tax revenue, states are trying to pass legislation as fast as the quill can write. Twenty-two states and the District of Columbia have legalized sports wagering since the 2018 ruling.

As expected with a behavioral change at scale, there are all types of derivative jobs arising from this new (legal) sector. From payment processors to software developers to accountants, the potential spectrum of new jobs created is vast. New sectors typically have long runways and spawn secondary and often tertiary industries. All of this is a result of human behavior change.

Prior to the PASPA ruling, sports betting was obviously still happening. But legal sports betting was primarily restricted to Nevada, and wagers had to be placed in person at a casino's respective sportsbook. Bettor's were issued a physical ticket. A confluence of events coupled with technology has radically changed the dynamics of betting in the pandemic stricken post-PASPA world; now every living room is a potential sportsbook.