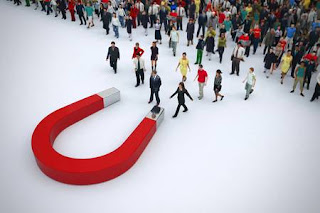 Why do people move? Generally people move for one of two reasons; they are either fleeing from something or moving toward something better. But what this really means is that people ultimately move because of an opportunity...the opportunity may simply be safety/security in its base form of Maslow's Hierarchy of Needs or it may be an innate matrix including safety/security, economic options, religious freedom, constitutional rights and natural beauty, to name a few.
The United States is unique in the disparity of rights, freedoms, and economic opportunity amongst its various states. The sociopolitical factors and demographics of each state are vastly different; consider only 5 states have direct access to the Pacific Ocean, 18 states have direct access to either the Atlantic Ocean or Gulf of Mexico, which means the majority states are landlocked. A handful of states produce the vast majority of grains, fruit, and nuts. Minerals abundant in some states are virtually absent from others.
In addition to their vast physical differences, states are increasingly different in the opportunities they offer their respective citizens. Some states have become proverbial magnets for new citizens. Others are losing citizens in droves. Why? It boils down to opportunity. People generally act in their own best self-interest, which isn't to say they act against someone else, but rather voting with their feet means they are pursuing what they think is the best opportunity for them and their family.
I recently started an amazing book called Nomad Capitalist by Andrew Henderson. It has a simple premise: Go where you're treated best. As humans, we're wired from birth in a Darwinian way for fight or flight in the face of danger in our environment. Henderson argues that rather than trying to influence politicians or "make change" people are far better off moving, either physically or their assets, to where they are treated best. So whether it is better housing, safety for your family, better economic opportunities, asset protection, or a combination of these factors Henderson makes an excellent point about voting with your feet.
The problem arises when citizens settle into a new area, or maintain their existing homestead, in their chosen state and that state experiences drastic political changes. Voting with your feet can be expensive in terms of moving cost, professional relationships, and access to medical, education, and housing for example. Usually these political changes do not happen overnight, but rather are a process of political creep.
Ultimately over time many citizens who loved where they lived become political hostages to a state government they do not support, and more importantly, does not represent them; rather their tax dollars are funding projects, services, and politicians that do not represent their values or interests. But pay they must. True danger is when a supermajority is reached, in terms of total single-party control, and at that point citizens contribute to a state that operates for its own self-interest. In America today, we are already there in many states. The question arises, will citizens move to where they're treated best?
Posted by Tom Rapko at 10:08 AM