Georgia On My Mind

Georgia On My Mind 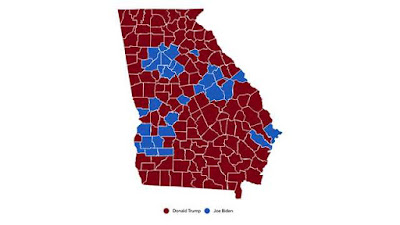 As Ray Charles put it so eloquently, "Georgia On My Mind" is the theme for today, tomorrow, and the future of the United States. Not to get too peachy, but the significance of today's Senate runoff race cannot be overstated.
The Republicans currently enjoy a 50-48 lead in the Senate, with Vice President Mike Pence acting as the 101st vote if needed as his duel roll as the President of the Senate. This could all change by tonight. Democrats need to win both seats to take control, a split victory will lock in the win for the Republicans.
The stakes are especially high given that a Senate victory for the Democrats will ensure complete control of the legislative and executive branches of the government. In theory they will have de facto power to pass and enforce legislation at will. California is a good roadmap of what could happen if this scenario plays out; unchecked political power has completely wrapped this blue state in red tape. Victims of this hegemony are fleeing California en masse.
The flip side of this coin is that if Republicans win at least one of the two seats then the GOP will have the ability to stymie Democratic government control. In this scenario we would have an actual two-party legislative government.
Single party government control rarely turns out well, as the minority party is steamrolled and builds angst amongst the minority coalition of voters who have to endure authoritarian regime(s). Almost inevitably, single party control is vigorously overturned the next cycle. Consider: Reagan-Reagan-Bush-Clinton-Clinton-Bush-Bush-Obama-Obama-Trump-Biden.
The universe seeks balance. The recent political scene has been anything but balance; it has become highly polarized in terms of candidates and ideology, brother against brother and friend against friend aligning along their political beliefs. Sadly, what has been lost is ability to view life in grayscale; rarely are issues ever just black or white. The results of this senate race will for a long time leave "Georgia On My Mind."
Georgia On My Mind
by
Ray Charles 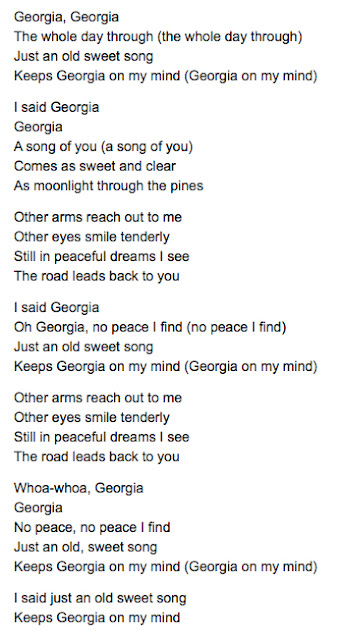