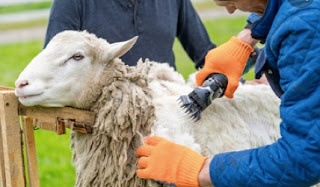 This isn't a Christmas story for the faint of heart. As the Biden Crime Family disembarked from Air Force One, the gaggle of 15+ leisurely made their way to a billionaire's residence for the holidays. Though much of the country was "sheltering in place" due to a massive Arctic Bomb, the Bidens slipped off their loafers and Manolo Blahniks into flip-flops. Something though just wasn't sitting right in the America north of St. Croix.
Yes inflation was raging and the stock market had suffered a Barrackian year; its worst performance since the elder statesman's jefe began his reign in 2008. But that wasn't it. Only capitalist pigs bought companies! Far better to extract value via a Labor Union. Invent something? Everything has already been invented! Yes crime was surging in every major urban area, but that doesn't count. "Hold your tongue and count your blessings," admonished the High Septon. No it was something else.
Gas at $5? What a deal! That couldn't be it. 10,000+ new *friends* joining our country illegally EVERY DAY? How dare you criticize someone committing an illegal activity! Americans don't want those jobs anyway, especially not American teenagers who have to compete with adults lacking documentation. What is documentation anyway? Paper! The theft of resources at scale only hurts the rich. No, it was a peculiar buzzing sound.
The noise reverberated through the night. A buzzing electric sound constant in application and thorough in design. Why it was the shearing of sheep! Taxpaying citizens lined up in seemingly endless rows having their hard-earned wool being sheared off at the peak of winter. Brrrr it was cold out there! Many sheep were shaking. What a foolish thing to shear so deeply, but ALL* must pay "their fair share."
So on it went day after day until the citizen sheep had given all that there was to shear; here, there, everywhere piles of wool lay. Much was burned to keep the shearers comfortably warm, less THEY too feel the cold. Being in the Shearer's Union meant never being cold. Aye, but they left many a sheep naught enough wool to harbor in the storm. But that is the penalty for following the law.
Boy was it hot in St. Croix! Even staying free can be troublesome, now the dear leader would have to favor some billionaire friend. What a labor of love this job was! Along the boardwalk he pandered around, his crusty feet full of golden sands. Laughter was heard all around, how they had gotten away with it all! Joy was theirs! And if they had gotten this far, why what could be next? On a silver tray a 4,000 page omnibus bill was flown in from America to the north totaling $1,650,000,000,000. Why it was even more than he asked for! Would the blessings ever end? And even here, far away from America to the north, the sound could be faintly heard. Bzzzz. Bzzzzz. Bzzzzz.
Investors beware, to what you value hold dear! The shears are out and your wool will soon be theirs. Protest and mutton you may become. The tide has turned and socialism is here. "A welfare state with open borders. What could possibly go wrong?"
*ALL = "All" refers to the subset of the American population who are legal U.S. taxpaying citizens, ideally veterans and non-union, with a net worth below $1M without any political connections and preferably small business owners.