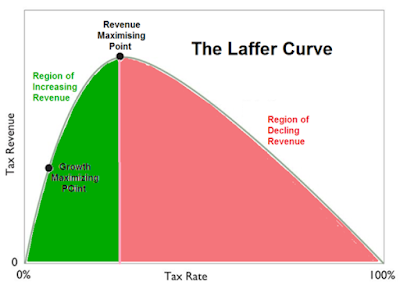 If ever there was a speed brake on the economy, well dear readers it is the ironically titled "American Rescue Plan." The keystone language in this travesty of a bill is the issuance of 1099-Ks for "transactions totaling a cumulative of $600 per year." Think about this for a moment. What better way to kill small business, prevent new business, and ramp up the police state than search for needles in the hay stack while the barn door is open out back (see previous post on failure to subpoena Samuel Bankman-Fried re: $32B fraud.)
Similar to the laughingly false "Inflation Reduction Act," which promises to reduce inflation by spending more, the "American Rescue Plan" aims to HELP Americans by raising their taxes, lowering taxable thresholds, and adding 87,000 more enforcement agents to "help" them. Cue up the Ronald Reagan quote of the most dangerous words in the English language: "I'm from the the Government, and I'm here to help."
Let's get serious people. As readers of this blog (currently on the "restricted reading list" of the Government) know we are big, big believers in the Laffer Curve. This economic visual miracle which has not be embrace by many socialist economists purports that there is a strong relationship between taxation and tax returns. As so elegantly illustrated above, when you squeeze the lemon to much you don't get more juice. In fact, you get less juice.
Consider for a moment the value of robust contribution of the Small Business to the American Economy. Small businesses account for two-thirds of new jobs and half of all existing jobs. The Small Business sector generates almost HALF of this country's GDP. So what happens when the jackboot of government is on the throat of Small Business? Well, nothing good happens. Productivity crashes. Output contracts. The lemon shrivels up.
There is little doubt this has been a coordinated effort to reallocate capital. Bills don't write themselves. They are typically written by lobbyists paid by special interests (who represents the citizen taxpayer?) So if Small Businesses are the losers, who are the winners? Winners would be those who typically don't need or have a Small Business or side hustle. They would be those with local, State, and Federal government jobs, labor unions, and big business execs. Collectively 45% of the population will seemingly reap significant benefits, but there is a flip side to this coin.
A healthy economy, as JFK (who would be considered a far-right Republican today) well knew to have Government welfare programs and an expanse state it is necessary first to have a thriving economy. A thriving economy is based on a free-market with light regulation. Light regulation does not mean no regulation, ie the bad actors like Samuel Bank-Fried need to be made examples of. The French coined this best with "Laissez-Faire."
What is an investor to do? Well until there is a regime change, investors not plugged into the political gravy train need to stay in their foxholes; consider dividend paying large companies with monopolistic pricing power and brand recognition. If their products are vital or addictive, so much the better. The landscape for startups is barren as the moon, never mind Mars. Raising capital in increasing interest rate environments during a recession is pointless.
When the Laffer Curve is ignored, or even mocked, and we have taken a turn into a socialist regime then the capitalist must look for safety, income, and muted growth until an opportunity emerges to make a move into pro-growth, low-tax, and economically sound policy. It might be a while.