Investing with the NSA 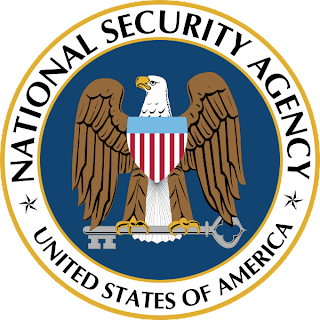 Although this blog post is written half in jest, it should serve as a shot across the bow in terms of our steadily eroding freedom. In many parts of the world we witness on a daily basis fiat and draconian rule by dictators who have cobbled together their authority from the stolen freedoms of their citizens. It is important to remember, as aptly cited by Winston Churchill, that "democracy is the worst form of government, except for all the other forms that have been tried from time to time." Today, it seems more true than ever that the concentration of power in terms of wealth, political influence, and data has seemingly been consolidated against the very principles of our United State Constitution; it is fair to say that we do indeed need change. As the Rothschilds have known for generations, your financial farm is only as viable as the security of the country in which it resides. The future is always opaque, but let's hope as financial farmers we can still harvest the fruits of our labor. Press on Brave New World reader!

It's an odd thing; force a tracking device on people and they rebel, but offer mobile communication and it is embraced. Hence we have the rise of the modern metadata capture, track, store, profile, and geolocate system for nearly every human on Earth. The push into mobile communication devices coupled with social network applications is the mother of all data troves for the NSA.

What Snowden's leaks indicate, along with recently published legal documents, is that we are well on a course to a Minority Report culture, but rather than using precogs, we have the NSA as a predictive law enforcement system; our very own combination of Judge Dredd and Robocop with drones far more likely to issue speeding tickets than deliver packages. One of the most shocking developments from last year's aptly termed "Summer of Snowden," was the complete media inattention to the very real sarcasm that Snowden was so prominently portrayed in Heller's novel Catch-22.  Pity what the media has become; Orwell's 1984 has nothing on what the NSA has evolved into today!

The question arises, not whether this is legal, against any human rights, or whether the legal system itself has been compromised (secret laws, secret courts, lifetime appointments, mid-six figure salaries, full healthcare and benefits = bought), but rather how can you as a financial farmer can benefit? Following our initial rule set of looking for ways to plant profitable seeds to harvest one day in our own retirement years and possibly pass on to our heirs, there seems to be three general trends to investing along side the NSA if we want to salvage something from the fall of democracy in our republic.

First, we should take a strong look at the telecommunications companies and their buddies the BIG desktop software company and the search giant. There are only a handful of truly global-scale companies and it is a safe bet to assume they have all been compromised whether willingly or not. The bottom line is that people both need and want to communicate. Traditionally this has been done over telegraph and telephone lines, but increasingly (like 100%) the shift has been made to almost a pure internet backbone. So we can put some telecoms in the portfolio, as well as the software company never convicted of running a monopoly, and the company that claims to "Do No Evil." Check.

Second, these new-media social networks are a global data mine! With users signing up for "free" to share their thoughts, opinions, and basically any other personal details, this proves to be the ultimate spiderweb of connectivity. What's really cool is that individuals volunteer this information and it can be scooped up by the terabyte, correlated, analyzed, and processed with supercomputers. Check.

Finally, it is probably a good idea to look at promising medical device makers which focus on neuroscience. Given that the next frontier is to capture thoughts and biometrics, medical device makers that are developing wearable systems that can capture, transmit, and store cognitive electrical impulses have great utility to the NSA; this data provides a looking glass into your soul and clearly indicates a user's intentions. The wearable "fitness" devices currently offered by some of the large athletic companies are a good start; all the users biometrics are being captured and transmitted via Bluetooth to a mobile device with social network apps installed. Perfect!

These three areas of investment all look promising, and don't worry, no doubt the NSA has already logged your IP address for accessing this blog (I would expect no less!) Consider what possible investments can be made alongside the NSA's portfolio, but don't think too loudly...because they're listening!
Posted by Tom Rapko at 11:33 AM