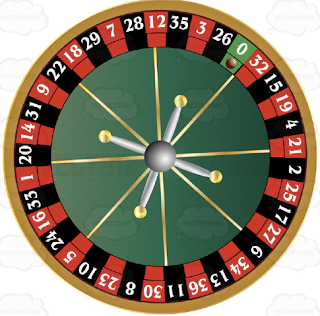 Sharp movements in the stock market, to the upside or downside, often reveal asymmetrical rewards waiting to be harvested by the patient, and thoughtful, financial farmer.

By definition, an asymmetrical reward implies a significantly higher return than the initial investment; in fact a MULTIPLE return.

Typically this is associated with Las Vegas style gambling, where the odds are definitely not in the farmer's favor. The thing about the stock market, though, is that even if a stock doesn't go up today, tomorrow, or for weeks or longer, and it is still a viable company making money on money, well then what is occurring is P/E compression (price-to-earnings). The value stacks up, but the price hasn't moved.

Sooner or later something has to give. As we witnessed in 2008/2009 many companies went under, especially in the financial sector. Yet, as many companies that traded down to $1 per share offered true asymmetrical rewards; many of those dogs are now darlings trading well, well above their $1 capitulation points.

Given the recent sell-off we've witnessed, I have a couple ideas on the radar which I believe have reached capitulation points yet are still earning millions upon millions of dollars while laying on the side of the investment road left for dead.

At a certain point, shares act like options; i.e. there is a known downside to a share price, $0. While the upside is truly unbounded. The difference becomes a share's expiration date is theoretically infinite and as a prudent financial farmer you can pick up what others consider manure to fertilize your growing financial farm.

Look closely, those stocks are out there right now.