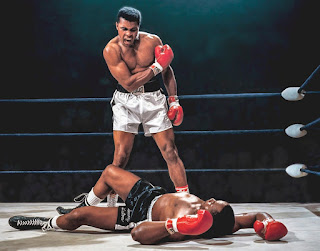 Americans have been economically knocked out by their elected leaders. The Wayfair decision and American Recovery Act language stipulating a Form 1099-K for transactions totaling $600 or more effectively acts as a one-two punch. When did we vote to join a Fight Club?
In the words of noted U.S. attorney Jackie Chiles, it is "outrageous, egregious, preposterous" to pay elected members of Congress to knock us to the mat. Enough is enough. This author believes Wayfair was the single most harmful Supreme Court decision in a generation. Consider the rationale.
When basic freedoms are destroyed or restricted, it leads to the rise of juggernauts that monopolize the respective industries; whether they are natural resources, air travel, or in this case internet commerce. And internet commerce is huge...literally hundreds of billions of dollars of goods and services flow through those fiber optic cables on a daily basis. Every. Single. Day.
They say people get the government they deserve, but we don't deserve this...the problem arises that there are two (possibly three) sets of standards; one is the citizen taxpayer who is treated like dirt. Then there is the elected officials. They treat themselves well. The third is the true constituency. Now a rationale person would ask "Isn't that the citizen taxpayer?" Theoretically, yes. In reality, the true constituency is corporate America (think S&P 500 constituents) and pandering to special interest voting blocks.
Sadly what arises is the decay of the foundational Constitutional values AND rights. Citizen taxpayers get a watered down Slushie while the political machine feasts. The solution? One is to vote them out. That is very, very difficult in states like California with a majority rule impervious to reason or accountability. Another idea is to vote with your feet. That option is not available to everyone, but most people who can, do. Finally there is the "moat" strategy. This idea involves creating an economic and social moat by capturing enough value in your life to protect your family from your very government.
Looking for a Financial Advisor?