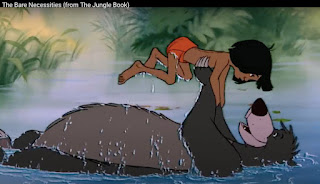 If every policy maker is against you, who is for you? ILAF, that is who! As investors recover from a long weekend it is important to focus on The Bear Necessities to avoid indigestion. To date, this Bear Market (using the S&P 500 as our benchmark) is off approximately 20% from its highs. Crunching almost 100 years of data (because that's what we like to do at ILAF) the average Bear Market sells of approximately 36% from its high. Meaning? We are in the eye of the hurricane now, with plenty of pain left!
Another useful metric is the "time in a Bear Market" which averages 289 days or roughly 10 months from start to finish. We have been in the current Bear Market since highs were reached on January 3rd, so a little over 180 days. So that is the top-level data. Maybe more important, however, is economic policy.
Current economic policy is focused on increased regulation, increased taxation, increased spending and the Federal Reserve poised to raise interested rates on guess what? Yes, increased inflation! Expect a 75- basis point hike again in 3 weeks to fight inflation. Sadly, consumers have largely burnt through their Covid savings and are now dipping into grubstakes squirreled away for retirement, house down payments, or starting families. Love hurts, and so does inflation.
What possible Bullish metric remains? Ahhh...the old "We have bottomed" theory. There has been a significant demand shock in oil over the past month as consumers have changed behavior. Most commodities are now significantly off their recent highs. Just about the time the full force of government intervention begins, consumers have already changed their spending habits. Combined with the Fed's sudden desire to "break the back" of inflation, this will almost certainly exacerbate the situation and result in a hard landing.
What is a hard landing? Imagine that the economy has self-corrected and oil prices have fallen 20% in 60 days while mortgage rates have nearly doubled. The supply/demand dynamic is already self-correcting. Yet, the most powerful unelected force in the world (sorry China), the Federal Reserve, now puts their heavy hand on the scales by raising rates. Ouch! Who's running this country?
The bottom line? Focus on the bare necessities; structure your portfolio and lifestyle accordingly. It is the belief of ILAF that the lows are not yet in, we are currently in a recession, and no meaningful economic recovery will happen until we get economic policy changes. As the Middle Class goes, so goes the country. Ben Franklin said it well: "If you want to double your money, fold it in half and put it back in your pocket."