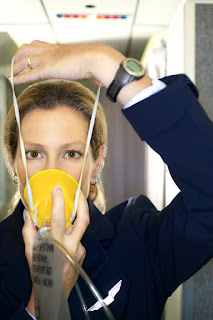 The economy is already in a recession. The stock market(s) are solidly in grizzly bear territory. Mortgage rates have doubled. Inflation is at nosebleed levels (highest in 40 years.) Great jobs numbers? Sure if you like flipping burgers. Housing? Yeah that's teetering on collapse. Buckle up America, those oxygen masks falling from the bulkhead are not comforting. The most likely outcome of Joe Biden's disastrous economic and monetary policies will be a crash landing.
Although there has been much speculation about the effects of the recent Fed moves and whether they can engineer a "soft" landing, the previous scenario is far more likely. Consider the rampant increase in the M2 (money supply) coupled with a a Federal Reserve hellbent (suddenly) on taming inflation. The "tough talk" coming out the Fed along with a crippling pace of hikes has kneecapped the consumer.
Where was the "A-Team" for the past 18 months? Nobody knows, but thanks for the postcard from Jackson Hole! Disgraceful. Prof Jeremy Siegel is correct, Jerome Powell owes the American People an apology for doing such a horrible job. A heartfelt resignation letter in conjunction would also be acceptable.
Destroying some $20 Trillion+ dollars in value must have consequences. Obscene government salaries, fat pensions, and free healthcare for life all need to be revoked. Even a child knows, if you do not have skin in the game then you are not in the game. Suit up Jerome Powell, or hit the locker room like Tony Fauci.
Recommended course of action? Here at ILAF, it is always game time and we are all about solutions. Start with a new Treasury Secretary in the form of Art Laffer. If he's busy, ask Steve Forbes. Either works. Then swap out a couple other cabinet secretaries (or all of them) like a scene from Moneyball; trade out Energy, Commerce, and Transportation. From there field a team that is pro-Energy, pro-Security, and pro-Growth. Pro-America damn it. Timeline to full recovery? Thirty days should do it. Elections have consequences.
Posted by Tom Rapko at 8:38 AM