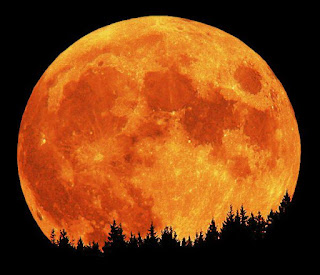 The infamous investor Warren Buffett once quipped: "5% interest rates will attract money from the moon." Dear readers, that is where we are at. As the global economy craters due to rabid inflation, new business activity drys on the vine like raisons, and government spending is punched into overdrive, dutiful taxpaying citizens are left holding the bag, yet again.
For a large swath of the elite wealthy population these are Halcyon Days. Risk has been outsourced to the Middle Class. The Fed, whose benefit packages to themselves are an insult to the citizen-taxpayer, rackets the lever higher. Tech giants can now effectively capture hundreds of millions in risk-free interest. Consider, Apple's $200B cash hoard earns an extra $500M each 0.25% increase in the Fed Funds rate. There will be 3 jumbo 0.75% hikes this year...so some quick math 9 X $500 = $4.5B. That's nice.
Retail investors like us can also jump on the hay ride. Who wouldn't like some of this 5% gravy train? The one "bright spot" in the economy has been the strength of the dollar which is allowing US buyers of foreign goods to make a proverbially killing. Especially in French Chateaus. Swiss Chalets. And English Castles. For those peasant Americans who still need mortgages, the story isn't so sweet. The effective mortgage rate has doubled. Younger generations of Americans are completely priced out of the real estate market (unless they want to live OUTSIDE America.)
Moon Dollars should help the extremely wealthy protect their assets in risk-free Treasury Bills until the back of inflation is broken. Since they don't use mortgages, the borrowing costs won't bother them. A large segment of the ultra wealthy DO, however, borrow from themselves via the "Buy, Borrow, Die" investment strategy. The Fed Funds increase won't be as dramatic as their falling equity prices. The old adage of "Don't Fight the Fed" rings true.
So from a big picture perspective, expect the next 0.75%+ hike on Sept. 21st to be a final nail in the coffin for small businesses, especially those that don't have fat government contracts. Unions should do well. And of course the largess of government will also do well...their benefits are never reduced when there is vast economic destruction laid on the feet of citizen taxpayers.
What is a financial farmer to do? Bet on crops that have the best chance of survival. If cash is paying a good rate, take it. With blood in the streets there are bound to be good opportunities for savvy buyers looking to capitalize on the failure of other businesses. A crisis always offers a glimpse into opportunity. Like the svengali Rahm Emanuel once said: "Never let a good crisis go to waste." Go and do likewise financial farmers, these Halcyon Days of ineffectual leadership and disastrous economic policy won't be with us forever!