Why Does Wealth Cluster? 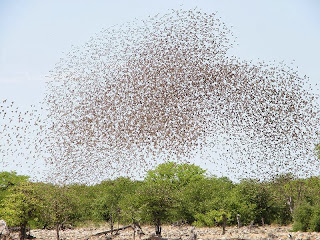 A shared system of beliefs and values prompts, as the saying goes, birds of a feather to flock together, but there are also other significant considerations for the world's wealthy.

Why as a financial farmer should you care? Given that the goal of this blog is to Invest Like A Farmer, it is a very relevant goal to study, learn, and hopefully replicate success. A lot of successful learning can be gleaned by studying and implementing the habits of wealthy investors.  In an earlier post we discussed the blueprint of creating your very own Berkshire Hathaway, today we take a look at wealth clustering. 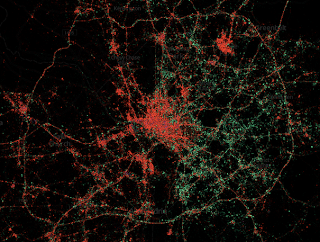 The above image is of Washington, D.C. The red dots correspond to Apple iPhone owners and the green dots represent Android owners (image courtesy of MapBox.) The image below is an income view of the exact same area where blue represents higher income, and yellow lower income. 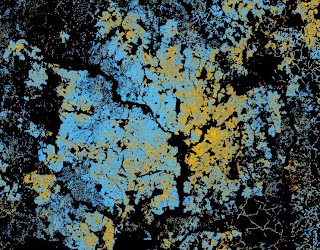 What does this prove? Not much, except that there is a clear overlap between income and general choice of smartphone device. This is one example, and there are many more that can be implied, but the general point being made is that wealth does indeed cluster in certain geographic areas.

Is wealth the end result of luck, toil, education or some combination? If we assume it is of some combination, then naturally our initial question of what causes wealth clustering is really a question of why geographically wealth has (re)located itself in a particular area. Furthermore, is it "earned" wealth, inherited wealth, budding wealth, or some combination of that rule set? Oddly enough, they are all usually in proximity!

This proximity derives from the inherent advantages of being close to the prize; there is a reason that more promotions always come from the headquarters of an organization. HQ is a great place to be for an up and coming whippersnapper, these are areas of excellence often in more than one regard; from pure physical beauty to educational infrastructure to engineering know-how and even reputation plays a strong hand. (Consider the frequency Harvard is cited versus nearly any other university!)

Let's face it; everyone loves a winner, and by extension we like to be near winners; whether economically, socially, or politically. The reasons for wealth clustering are complex, but the proximity to excellence is nearly universal. How does this help us Invest Like A Farmer? Excellence is its own momentum, and something we as financial farmers want to replicate as our own personal brand. Sustained excellence becomes a self-fulfilling prophecy.
Posted by Tom Rapko at 8:25 PM