The Legend of Poopy Britches

The Legend of Poopy Britches 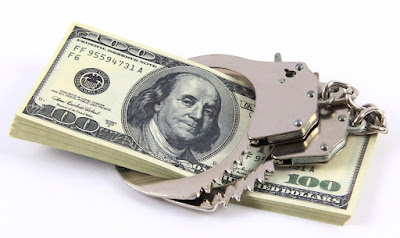 Occasionally a story is so bizarre, so outrageous, so unreal that it obviously MUST be true...hence is the case with Poopy Britches. Dubbed "the most significant fraud on taxpayer funds in California history," (which is actually really, really saying something), California has paid in excess of $1,000,000,000 in fraudulent unemployment claims to prison and jail inmates.
For some unknown reason, there doesn't exist a system to cross-check whether a citizen is in jail prior to paying out unemployment benefits. There are cameras at every street corner in LA to fine motorists. There are elaborate sting operations to catch people with more than 3 households for Thanksgiving. A surfer was arrested for...surfing. But things are so bad at the EDD (Employment Development Department) that not only are funds being dispersed to criminals currently in jail, but debit cards were issued to such outrageous names as Poopy Britches without any sanity checks.
Politicians are poor stewards of taxpayer funds because there is no incentive for them to be good stewards. Has there been any bigger victim to the largesse of government than the taxpayer? If ever there was a concrete reason to dismantle a complicated taxation system, this is it. Any time money is laundered through the government for benefit programs, inevitably there is "leakage." Why not change the policy to reward work? Eliminating the payroll tax benefits everyone, yet billions in PPP loans were issued with massive amounts of fraud, waste, and abuse.
Poppy Britches should teach us all that rather than launching payment programs funded by taxpayer funds, we should rather eliminate or reduce existing taxes and laws. Streamlining efficiency should be the goal, work should be rewarded, and ultimately bureaucracy that is not a good steward of taxpayer funds needs to be eliminated tout de suite.