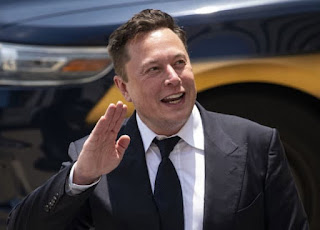 The Freedom Index© is the inverse ratio of the percentage of GDP spent on government annually. Currently the reading is somewhere between 45-70% of your God-given freedoms, depending on where you live in the United States. No wonder Elon Musk is fighting the SEC.
It is a sad state of affairs when the Thomas Edison of our generation has to SUE his own government for chilling his basic civil rights. Instead of unleashing innovation, the Biden Administration has made a point of trying to crush it. How did we get here?
There has been a steady decline in basic civil rights for over a century, and it can be tied directly to the rise of the Income Tax and IRS. Once the government gained the power to tax it never stopped, because your tax dollars are its nutrients for growth. Hence we have witnessed a stunning growth in the size and scope of the government. Consider the historical chart below:

The Federal Government spend now is over 30% of our GDP. Combine that with State and Local spend and we're easily approaching 50%+. Why does that matter? Well as government grows, your freedoms erode. Sadly, the Founders knew this would happen. That is why they kept government small, knowing that it is inherently corrupt. Consider, since 1930 when Fed Spend was about 5%, you had essentially 95% of your freedom. Now it is less than half. And in many states like California it is worse. "The State" has become all.
Can this be fixed? That is a difficult question. President Reagan famously once said: "The closest thing to eternal life on earth is a Government Program." How true it is. Much of the problem lies with our elected representatives who do not represent us. They represent themselves and their lust for power. Change begins with voting them out, demanding term limits, and creating a task force to reduce regulations and simplify taxation. Yes, a task force to REDUCE government. We should not be the best country for political corruption and accountants, but rather for engineers, scientists, and poets.
Posted by Tom Rapko at 6:56 AM