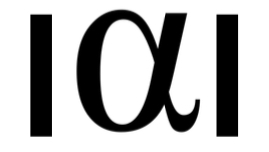 What better day to launch a new investment strategy than D-Day? 78 years ago today, America launched the largest offensive the world has ever seen to help defeat Nazi Germany and the Axis powers. Men dropped from the sky, motored on boats, and stormed the beachheads of Normandy. By sunset, blood-red tides lapped the sands...but we were victorious.
D-Day marked the beginning of the end of World War II. Nearly every freedom we enjoy today was defended and secured that day through enormous sacrifice. Much of this "paid-up" capital came at the cost of lives unlived. Thousands that day, and millions of progeny this day are not with us because of past battles. And almost every meaningful battle in history had at its core the fight for truth: What is right? What is wrong? What is the truth?
What better way to pay this sacrifice forward than a search for the truth? One of the greatest challenges investors face is trust. Indeed, a hallmark of our era is the collapse in public trust in both government and various "experts" of all types. Who do you believe? What are their qualifications? What is their track record? These questions beget another: Why should we care?
Traditionally, stock returns are predicted upon using macroeconomic variables, financial ratios, and to a large extent, data provided by corporations themselves. The summation of these forces has formed the bedrock of the financial industry throughout the world. CNBC, Bloomberg, Wall Street Journal, etc., etc.
The list of established mediums of "trust" is long. Absolute Alpha strives to relieve investors of dependence on traditional stock market "trust" such as financial commentary, corporate messaging, or even Government reassurances. These data may or may not be accurate. Absolute Alpha is interested in sustained market movements, regardless of direction. Commentary, forecasting, and assurances be damned, Absolute Alpha seeks the truth!
The Absolute Alpha trading goal is simple: Seek a positive yearly return (absolute alpha), regardless of market conditions. Consider the chart below showing the performance of the S&P 500 from Jan '22 until May '22: 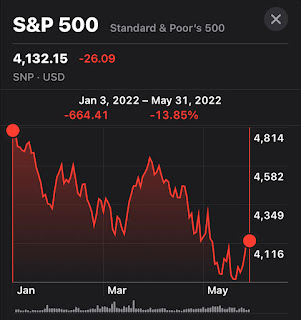 From a pure date-to-date perspective the S&P 500 was down 13.85%. Yet look closer dear readers and you will see something else entirely. Buried in this chart is an abundance of "truth." Rather than struggling with emotional turmoil experienced on a regular basis worried about whether XYZ will beat earnings, or how many units were sold, or if FDA approval was granted, investors can potentially benefit from a broad market approach focused solely on momentum vectors.
As previously discussed, Absolute Alpha's goal is to consistently produce alpha, regardless of market conditions. But how? By being on the right side of longer-term momentum vectors. In the chart above there are MULTIPLE (most likely infinite) vectors during this 5-month snapshot. The trick is capturing as many sustained momentum vectors as possible, while limiting downside losses by being late to a trade.
If we were to "cut" this chart into various date ranges there would be both negative and positive momentum vectors whose cumulative absolute total would far exceed the negative 13.85% value if timed correctly. Why not capture alpha on BOTH the upside and downside? Simply put, when the wind changes, a sailboat tacks. Investors need to do the same. Therein lies the truth. Interested in the Absolute Alpha strategy? Contact us.
Posted by Tom Rapko at 11:09 AM