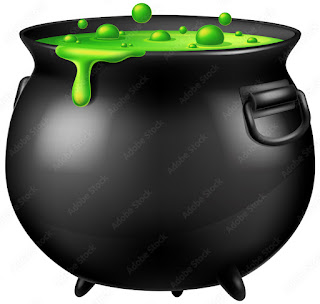 Fans of the monumentally successful Harry Potter series will well recognize the "Leaky Cauldron" reference in this blog post...in Harry's world it is a tavern. My reference is to the economy, and in particular, the fine balance between regulation and production. A leaky cauldron has many benefits.
Consider how a nation's economic success follows a delicate arc between enforcement and laissez-faire; the Joe Biden Administration would be wise to loosen the chokehold on small businesses and entrepreneurs in America. Today in the United States nobody really even knows how many laws there are. Most Americans need professional help figuring out their own taxes. Why is this? Absurd!
Rather then hiring 87,000 more armed IRS agents to enforce an encyclopedic tax code, this President and Congress should laser-focus on taking care of its Veterans by offering direct Small Business Loans from the Federal Reserve for the express purpose of buying small businesses. The citizens in this country who volunteered to serve should not be left behind on sidewalks while their government builds edifices to itself. A great benefit to a leaky cauldron is that not all the money gets to the people who waste it the worst, namely Congress.
Individuals will always waste money the best, ie in their own self-interest. We few proud scorned citizen taxpayers elect members of Congress for the primary purpose of spending our tax money. Think about that...every American citizen has their own personal shopper, who in reality rarely buys what you want, for the price you want, or even when you want it! A leaky cauldron helps to alleviate this problem.
Finally, a leaky cauldron bubbles over rather than causing the cauldron to explode. That's a good thing. Explosions cause a lot of damage, while bubbles typically can be mopped up. So in summary, government officials should focus primarily on understanding the Laffer Curve and loosely regulating an economy based on a "leaky cauldron" principle. Financial farmers should LEAN OUT hard against increased government regulation, enforcement, and penalization. All of those are taxes on productivity which shifts power away from the people. Remember, your government works for YOU.
Posted by Tom Rapko at 11:00 AM