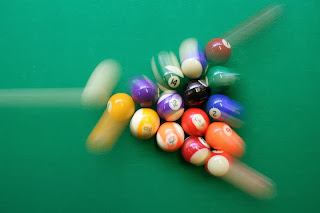 Based on historical data from the 1950s to today, a yearly rally of over 20% in the S&P 500 is followed 82% of the time by an average increase of 11%. Put simply, there is a good probability (which I define as better than 50/50) of 2014 being another up year for the S&P 500. Prudent financial farmers enjoy utilizing positive market momentum to their advantage.

Statistical probability alone isn't foolproof, however, but it is an important planning tool for those who wish to Invest Like A Farmer; it acts somewhat as the investor's financial Farmer's Almanac when deciding what seeds to plant on our financial farm. Momentum can be a powerful ally when investing, and the odds indicate 2014 should play out well. I also suspect we will have a positive year in 2014 based on some derived empirical data.

First, the market rally itself has not been widely embraced by the average investor. "Mom and Pop" have not returned to the market since the calamity that was 2008/2009, and if they have, it is in bits and dribbles, not significant positions. The average investor still feels burned. The overall sentiment, and in particular trust, in the large financial institutions is wary at best even among extremely wealthy investors. That, surprisingly, bodes well for keeping enthusiasm in check. There are massive swaths of capital lying dormant on the sidelines. As those funds slowly renter the market in the form of equity demand, that should drive prices of the corresponding stocks higher.

Second, although margin usage is at an adjusted all-time high from a dollar standpoint, so is the amount of money in circulation. With a Fed balance sheet in excess of $15 Trillion and continuing to grow at a marked clip, I suspect we will add significantly more cash money to the kitty by the end of 2014. I was shocked that the Federal Reserve tapered at all at the last meeting, but assuming they stick to a conservative $10B or so reduction a month, that still implies nearly $500-650B being added through the end of 2014. Easy money is growing and here to stay. Margin, buying, and stabilization should all increase accordingly.

Third, I don't see any obvious chinks in the armor of this rally. Corporate profits are coming in repeatedly at record highs, interest rates remain abnomraly low, the housing market is recovering across the country, unemployment continues to fall (although the actual quality of the jobs is questionable), and a variety of new industries in the manufacturing, software, and hardware sectors have arisen. These are all very BULLISH indicators.

All of these signs lead me to believe we should not only have a decent 2014, but as previously blogged in my Dow Twenty Thou post several weeks ago, an excellent chance of reaching the Dow 20,000 mark by December 31st, 2016.