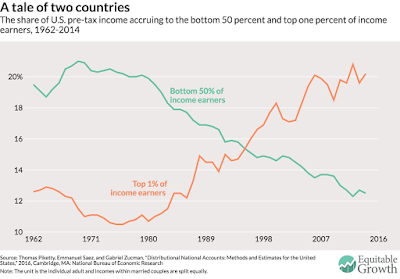 Some believe the economic bifurcation of America is well under way; billionaire investor Ray Dalio recently was interviewed on CNBC about this pressing issue. As the head of Bridgewater Associates, one of the largest hedge funds in the world, Dalio has a unique investment process championing "radical transparency," an approach that analyzes facts with stand-alone openess. It has provided him over the years with unique insights that have resulted in an enviable track record for his hedge fund. Bottom line, Dalio is right...a lot.

Economic bifurcation is a deeply troubling, even embarrassing, issue for many billionaires to address because it cuts to the very core of their social standing, success, and political leanings. Make no doubt, there is a growing and potentially violent Civil War 2.0 brewing in this country, although it is concealed in large part via faux political unrest...and something even worse. Let me explain.

Don Henley's song "Dirty Laundry" bemoans the intrusiveness of "journalism" into people's lives, and more importantly the exploitation of "news" for profit. 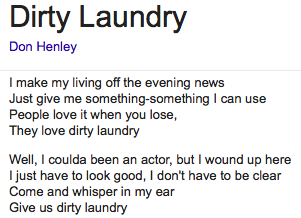 Fast forward from the 1980s and what Henley's song translates to is clicks, pure and simple divisive clicks. The money is made on Facebook and Google, indeed all advertising, on user engagement from advertising. And those dollars don't roll in unless the product is purchased, and in Facebook and Google's monopolies that means clicks. And lots of them. Billions of dollars resulting from clicks.

The economic bifurcation of America is in large part due to POLITICAL bifurcation which has pitted American against American while the oligarchs have consolidated wealth and political power. It has been said the "greatest" minds of our generation have been singularly dedicated to optimizing clicks. And optimizing clicks means feeding targeted content to users' mobile devices. Period. That content has been sliced and diced into an irresible curated feed specific to each, allegedly, non-idenfiable user.

What does all of this have to do with Investing Like A Farmer? A lot. Much of the bifurcation in our country has resulted in the loss, or perceived loss depending on your economic situation, of the availability of upward economic mobility...read opportunity.  Opportunity in America has traditionally meant blue color manufacturing jobs with quality wages, health care, and a retirement pension. The loss of these manufacturing jobs, and the swell in the opioid epidemic, I believe, is no accident.  The timeframes sadly overlap; over the past 15 years we have seen the utter collapse in blue color manufacturing jobs coupled with an unparalleled spike in opioid deaths. 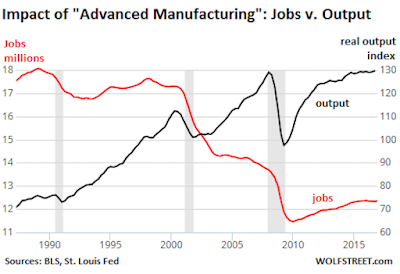 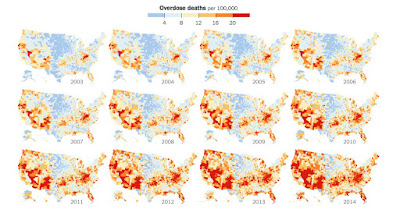 What does big tech (Facebook, Google, Amazon, Apple) have to do with the loss of manufacturing jobs and the rise of the opioid epidemic? Consolidation in tech into niche monopolies of scale has eliminated many traditional manufacturing jobs, which has lead to a spike in slack human labor capital which no longer has access to quality wages, health care, or retirement pensions. This in turn has lead to a cultural shift into alternative sources of pleasure...or pain relief. Hence, a strong argument can be made that the rise of the opioid epidemic is a direct result of the loss in blue collar manufacturing jobs.

I believe there is a distinct relationship amongst opioids, tech, and manufacturing jobs. I suspect tech continues to prosper with further monopolization and consolidation. The tech titans will not willingly release their incessant drive towards full automation, ownership control, and elimination of human jobs. You can bet on further cannibalization of margins across retail and manufacturing...and any other industry with high are margins is susceptible to tech compression. Big Tech's cost of capital is virtually nil and their monopolistic scale is unprecedented in the annuals of human history.

Sadly, the most "promising" sector might just be in the inevitable misery that the loss of blue collar manufacturing jobs will cause, namely the rise of the Vice sector; tobacco, alcohol, gambling, etc. The Vice sector is poised to continue its recent trend of strong growth as the Caesars implore the masses to vote for them via appeasement with "bread and circuses."

So what's the trade? How can you survive this economic bifurcation? Buy assets early and often, hold for the long-term, and leverage the power of compounding. Ownership interest is paramount to deriving economic benefit.