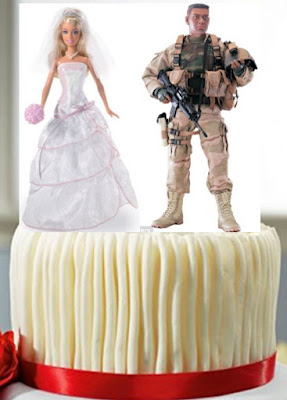 Rumors swirl of a potential deal uniting Rhode Island-based Hasbro with West Coast Mattel, as reported by the Wall Street Journal. If indeed Barbie does say "Yes" to G.I. Joe it would create a toy monopoly having nearly every major toy brand or franchise under one roof: Star Wars, Marvel Comics, DC, Transformers, Disney, etc.

As traditional mom-and-pop retail stores shutter, and even old stalwarts like Toys R Us declare bankruptcy the toy majors (of which there are really just 3 left: Lego, Hasbro, and Mattel) are increasing relying on the direct-to-consumer sales path. (Read as "Amazon.com") This isn't good for traditional retailers...and it probably isn't going to be good for consumers either down the road.

Jamie Dimon released a chart on this subject several months ago visually detailing the consolidation in the number of publicly traded companies. I have included it here for your review fellow farmers: 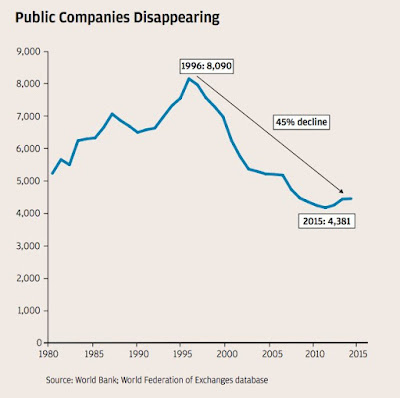 Over the past 20 years there has been a nearly 50% decline in the number of public companies. The strong are getting stronger...and the weak either are acquired or go out of business. What we SHOULD be seeing in a healthy economy is the steady growth of NEW public companies coming to market which enrich and employ an increasing number of people. We are witnessing just the opposite; fewer companies employ fewer people with fewer products and higher prices. Textbook monopolies are forming all over again. What might be good for the stock market and corporate America might not be good for the American social order.