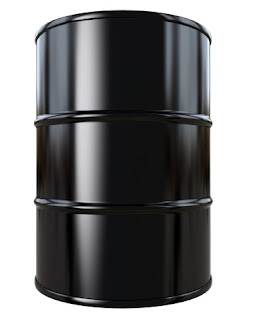 James Carville's classic quip to Bill Clinton to help him win the 1992 Presidential Election was "It's the economy, stupid." Somebody needs to whisper to Joe Biden that Republicans are going to clean house in November because, once again, it is all about the economy. And this time, the economy is oil.
Oil prices have a significant effect on the consumer price index, ie inflation, because oil touches everything; from shipping, to manufacturing, to construction, to food, to travel, etc. etc. The list is virtually endless. Yes, even your Netflix! Streaming takes energy.
$100 crude oil prices are going to significantly increase the inflationary pressures not only in the United States, but globally as well because oil is demonstrated in U.S. Dollars. This will cause a slowdown in the U.S. economy, with the most likely result a recession as demands ebbs, then collapses as both prices INCREASE and the Federal Reserve withdraws liquidity from the economy. It is the perfect storm.
The Democrats could still be heroes if they had a modicum of will to unleash domestic oil production. They won't, but it they did multiple things would happen immediately. First, the 8% of daily US energy needs currently being sourced from Russia would disappear (hence we don't fund Russia on the back end for then wasting our resources refunding Ukraine on the front end.)
Next, for approximately every 10% price drop in oil there would be a resulting 2.7% decrease in the CPI. Finally, wait for it, OK the quick math tells me $50 oil solves the rampant inflation problem. Oh yeah, you also make the USA energy-independent again, without have to rely on "favors" from enemies abroad.