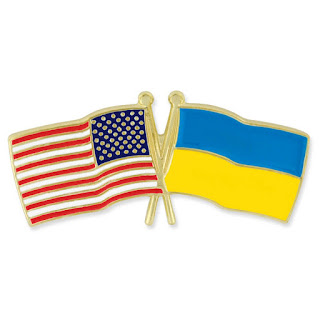 After squandering multiple opportunities to destroy the sitting duck convoy of Russian tanks invading the Ukraine, the United States and its European Allies now face a dire decision. Will they let the Russians encircle major Ukrainian cities like Kiev or provide direct intervention?
In the coming days Russians will have surrounded multiple Ukrainian cities, despite the best attempts of the brave and vastly outnumbered Ukrainian resistance. History tells us Russia is entering a siege mentality; they will attempt to squeeze the Ukrainians out of their homeland by incessant shelling, cutting off water, electricity, and inflows of food. The Russians are going to have a hell of a time, however, eliminating every Ukrainian and taking all of the major cities. There are fundamental differences in moral, motivation, and support that the Ukrainians enjoy.
Consider, the Ukrainian Resistance is fighting for their homeland. Russians are invading under the direction of a unelected tyrant determined to destroy cities in a medieval fashion. The weeks ahead will reflect the dire consequences of utilizing war crimes to get a population to surrender. The desire to survive is far greater than that to conquer, especially when the entire world is united against Russia. An endless supply of weapons is now flowing into Ukraine.
Sieges only work if those surrounding a city, or castle, or country, can maintain endless shelling, have vast supplies of food, and have some degree of rotation or relief in their forces. And at all times the siege force must be aware of the dangers to their flanks of cutting off their supply, communication, and leadership lines.
So although the current situation looks dire for the Ukrainian people, the Russia hordes need to be extremely concerned as their armies will soon begin wasting away from constant guerrilla warfare. The Ukrainians have demonstrated a steely resolve the defend their homeland. Hopefully they will receive a Berlin Airlift-type of supply run from the Western world to help them defeat these invaders. America needs to stand strong with true patriots lest we find ourselves in a far, far worse scenario in the coming weeks. Leadership matters.
Posted by Tom Rapko at 12:57 PM