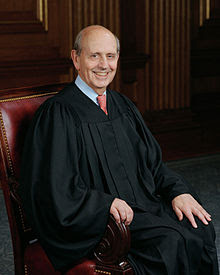 The Biden Administration added another term to the popular lexicon yesterday when they leaked Justice Stephen Breyer's intention to retire to the media PRIOR to his actual announcement that he was indeed retiring, thus a Supreme Court Justice was effectively FIRED before he RETIRED. He was Breyer'd.
It is troubling in a Democracy that an elderly sitting Justice can be pushed aside with little recourse. Where was the President last night either apologizing or denying what happened? And to add further insult to the "retirement," Biden then vowed to break Federal Law by announcing both the RACE and GENDER of the new appointee...no need to discuss qualifications for sitting on the bench of the highest court fellow Americans, those are just needless distractions.
Politics determine policy and policy determine economic outcomes. Financial farmers should pay very close attention to the vetting "process" of highly appointed administration officials, bureaucrats, and judges as they will have significant impact on the future of this country's destiny. Gaffes add up, and lifetime appointments sometimes last a lifetime.