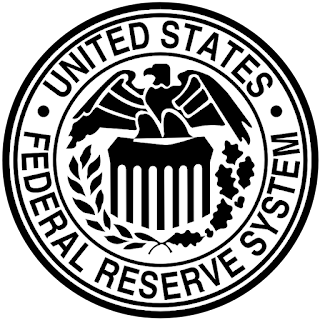 With all eyes on the Federal Reserve today anxiously awaiting their decision on interest rates, aptly earning the Wall Street moniker "Fed Watch," it begs the question: Who watches the Fed?
Created in 1913 in response to multiple previous financial crises, the Federal Reserve is the ultimate central-banking system that wields God-like power over the global economy. Nearly everything humanity touches is directly impacted by the Fed's monetary policy. Their power is so vast that when a central banker sneezes, the world catches a virus.
The primary tool the Fed utilizes in projecting their monetary hegemony is the "Federal Funds Rate," colloquially termed the "interest rate." For some bizarre reason, they have complete control over this critical variable which directly impacts the reserve currency of the world, ie the U.S. Dollar.
If this all sounds a little complicated, it isn't. They Federal Reserve was given the mandate by Congress to maximize employment, stabilize prices, moderate long-term interest rates. It is by this final mandate that the Fed controls near-absolute power in the financial markets because the Fed Funds rate is directly tied to the 10-year treasury, which is the basis for nearly all mortgage lending in the United States.
The Rothschilds learned long ago if you can control the debt of a nation, you can control the nation. Hence is the case with the Federal Reserve. A body of unelected bureaucrats decide how much you pay for your mortgage, your car payment, your student loan, your credit card, and what the banks pay you for lending them money. And money? Even money itself is a powerful lever the Fed can pull in concert with the Treasury to increase liquidity, tighten supply, or tweak however they feel will most effectively accomplish their policy.
But what is their policy? Fed policy is loosely a reflection of the sitting Administration...they implement the financial whims of the sitting political party to a certain extent. If the current Administration wants to inject the economy with some growth, the Fed cuts rates, buys bonds (which adds liquidity), and generally maintains a loose monetary policy. In the event of rampant inflation (which steals buying power), the Fed is tasked with "controlling" prices, which typically implies RAISING rates to combat the effects of easy money.
We find ourselves in an easy money world now. The value of most things has remained the same (or even decreased, if you look at the "value" of a 4-year college degree for example), but their prices have skyrocketed. This is a serious problem when wages don't "keep up." Take one look around, from fuel to housing to education to healthcare (assuming one pays for it) to grocery bills, etc. The list is long.
Over time one of the greatest inflationary results has been the growth of the Fed itself. Its size and role has been on an unending creep up over the past century. To boomerang back to the top central question, who watches the Fed? Nobody really, just the entire world...but few enter the halls of this true Caesar.